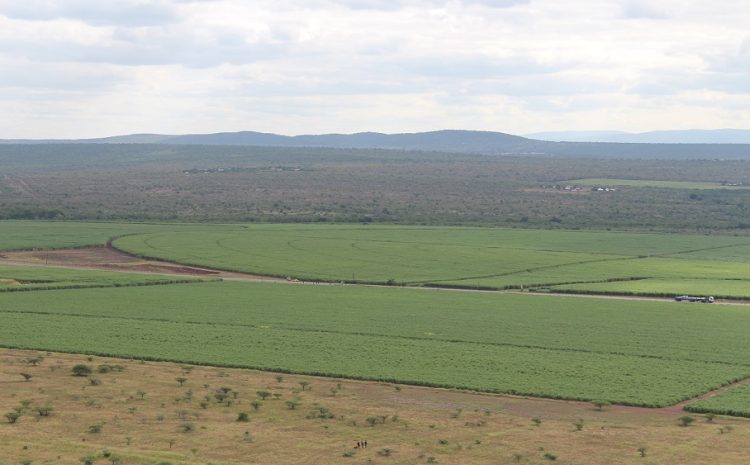 …..for every lilangeni spent on ESWADE govt recoups 77 cents back, E232.16m received annually

The price running into billions of Emalangeni which has been paid by the Government of Eswatini to implement ESWADE projects is evidently deriving value for the country.

This has been articulated by the fact that during the period 2001 – 2017, the ESWADE’s facilitated projects contributed (E3.7 billion) to Eswatini, which represents 71.8 per cent of agricultural gross domestic product (agriculture GDP) or 8.7 per cent of GDP in 2016. It should be mentioned that with the rollout of various initiatives which include the Lower Usuthu Smallholder Irrigation Project LUSIP I and II and Mkhondvo – Ngwavuma Irrigation Project, the economic benefits are expected to balloon into highly impressive figures.

The State has spent E4.65 billion on ESWADE activities in 2017 prices.

The average economic benefits that Eswatini receives because of the investment in the ESWADE are estimated at E232.16 million (in 2017 Lilangeni values) annually.

“This signifies about 260 per cent increase in revenue generation capacity of the projects per year, in more recent years. The increasing benefits in recent years has to be noted as a positive for the ESWADE because it means the economic impacts of the investment made to the ESWADE are increasing at an increasing rate as the ESWADE expands to other project areas,” ESEPARC notes.

It was pointed out that this could be attributable to improved understanding of the smallholder production landscape in Eswatini by, and acceptance by rural dwellers of the capacity building initiatives of the ESWADE.

Alternatively, the results illustrate that the LUSIP I generates even larger economic dividends to Eswatini compared to the KDDP. Furthermore, the results show that total revenue gains from KDDP and LUSIP 1 amounted E3.7 billion translating to a benefit-cost ratio (BCR) of E0.77. This is an indication that for every lilangeni (E1.00) spent on the ESWADE,  government recoups E0.77 back. This result is also summarised in the negative net present value (NPV) of the project so far has a negative net present value of E272.3 million.